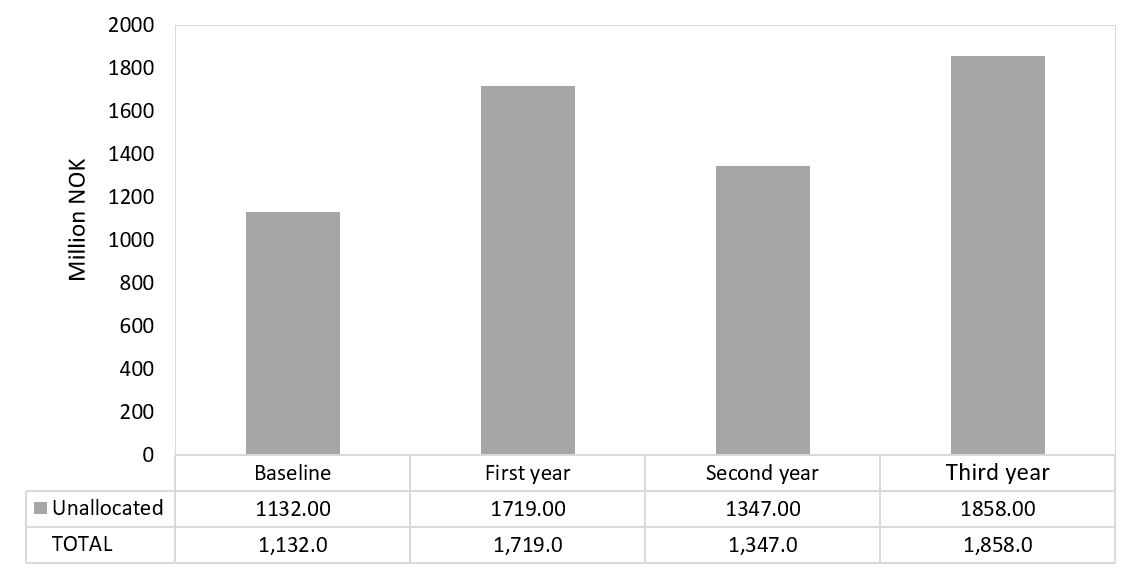 Year 1: Funds allocated for studies on the Norwegian full-scale CCS project were significant this year.

Year 2: Last year’s reporting was incorrect as the funds allocated for technological development through state agency Enova was lower than originally reported. The correct figures are reported above.

Year 3: This includes an allocation of NOK 345 million to be confirmed in May 2019 related to the Norwegian full-scale CCS project (which forms part of the baseline).

MI Champions is a program for recognizing and supporting the next wave of energy technology leaders.
Meet Norway’s Champions!